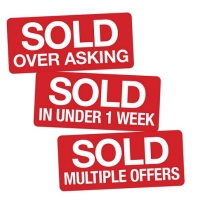 Bank of Montreal Economists are urging policy makers to act immediately to dampen housing prices and warning of severe consequences if nothing is done.

With home prices spiking across the country and houses selling well over asking prices, BMO’s economic team said  policy makers need to take action to immediately break “market psychology and the belief that prices will only rise further.”

“That would dampen the speculation and fear of missing out that those expectations are creating,” BMO senior economist Robert Kavcic and macro strategist Benjamin Reitzes wrote in a special report titled Canadian Housing Fire Needs a Response.

The report, issued on Tuesday, said the price increases are going “parabolic” and that the housing market has long been “smouldering” because of rabid competition for properties.

Since the pandemic started, home values have increased by at least 30 per cent in small Ontario towns and cities such as Tillsonburg and Woodstock – places that have never experienced a market this hot, according to data from the Canadian Real Estate Association. In other Ontario areas such as Kitchener, Waterloo, Burlington and Mississauga, the price of a typical detached house has jumped by about $100,000 over three months.

The BMO report outlined 10 potential cooling measures, including various taxes, higher interest rates, making the blind bidding process transparent and increasing the supply of homes in all regions. The report did not recommend which measures to take, but ranked them in terms of effectiveness and their side effects on the rest of the economy.

Among the most effective would be for the Bank of Canada to raise interest rates or at least convey that rates would not remain near zero for two years. The central bank’s “commitment to keep them low for years are arguably the key drivers behind the meteoric surge in home sales and prices across large swaths of the country,” the report said. But the report noted that raising interest rates would have impacts beyond housing and cause the Canadian dollar to appreciate and slow the economic recovery.

The report singled out transparency in the blind bidding process (where home buyers do not know what their competitors are offering and blow past the asking price, and, in many cases, the second-highest bid) as a measure that would have an impact on home prices and not affect other parts of the economy.“This would keep the sale price from settling well above the price of the next willing buyer, and keeps the comparable more appropriate for the next property to list in that location,” the report said. “While this won’t cool the market on its own, it would limit the ballooning that we’re now seeing in a very tight market.”

The report also assessed a variety of taxes and said a tax designed to weed out house flippers and speculators would likely immediately cool the market. The tax would be levied on the purchase price of every new property and fall to zero over five years of holding the property.

“This could easily crowd out speculation and alter market psychology,” the report said, noting that a similar concept imposed in Ontario in the 1970s cooled the market overnight. However, the report added, such a move could also curb the supply of properties.

Measures that would have a medium impact include building more low-rise housing in urban and non-urban areas, though that would take a long time and not quickly address the price increases. A tax on foreign buyers of real estate across the country, not just in B.C. and Southern Ontario, could cool markets outside of Toronto and Vancouver. But since pandemic buyers are thought to be mostly domestic and not foreign, the impact of a move like this would be limited.

Measures that would have a low impact include: tighter mortgage rules, as borrowers already have to qualify at a much higher rate than the market rate; limiting the amount homeowners can borrow against their homes; and taxing capital gains on the sale of principal residences.

The BMO report said policy makers had to address accelerating home prices before the market is left “exposed to more severe consequences down the road.”

When asked to elaborate, Mr. Kavcic did not respond. But other economists have expressed concerns that the fallout from continually rising prices include: homeowners unable to make mortgage payments when interest rates rise, homeowners unable to ever pay down their debts, mortgage defaults and rising unaffordability and inequity. It could also lead to severe loan losses for banks, failure of the banking system and a taxpayer bailout.