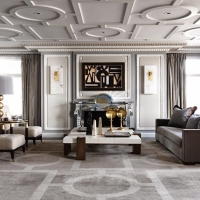 Enter the 'Stink Bid'. What Is It And What 'Could' Happen?

In today’s current ‘flattening’ market, figuring out which Seller is motivated to sell at a discount is a game patient Buyers are playing.

One of the tactics is the low-ball offer - or known these days as a 'stink bid'. Many Buyers are just trying to see how low they can purchase a home for. Tossing in a bid significantly below the asking price is an aggressive negotiating strategy that risks offending the Seller, who may not respond at all.

But the ploy can also successfully lead to a deal.

With sales down again across the board, it’s hard to argue that conditions have reached a turning point: Sales remain 30 per cent below pre-pandemic levels in the GTA even in the luxury home market and the supply-demand balance is tilted in favour of Buyers, even though there’s a very small uptick in the average selling price. Yet, Buyer demand is still greater than supply, so we're caught in the proverbial catch-22 on a few levels.

Did you know that, often, Buyers have their eyes on three or four properties and they will make an offer on one after another until they find a sufficiently motivated Seller? And they do this with a ‘stink bid’ - even in the high end, luxury market. And in some cases it’s working.

Some Sellers are relieved to have an offer below asking because at least it signals the existence of an interested Buyer and the chance to negotiate. And when one offer lands, it often spurs another Buyer to bring a more serious bid.

The GTA is made up of hundreds of micro-markets. The catch word is ‘hyper-local for individual neighbourhoods. Within the overall trends and various price segments, these hyper-local pockets often sell in different ways yet the benchmark home price everywhere is still higher than in 2021.

Buyers and Sellers still remain hesitant as they try to read the market and figure things out - for the short and long term. Some Buyers think that waiting until interest rates begin to go down again is the right strategy. However, waiting it out may be unwise as prices could very well increase - which occurred, marginally, in October. Buying now offers the opportunity of renegotiating a mortgage later and not missing out when the current price points are where they are now.

Many Sellers feel that where they live is ‘good enough’. Even though they’d like something bigger and better, they’re now preferring to buy first so they’re not forced to make a panicked decision. This is still risky, though - unless all financial angles have been seriously considered. No one wants to be on the hook for 2 homes at the same time. No one wants to sell and have a gun to their head.

Sellers also sometimes fail to understand that the same dynamics dragging down the prices of other properties will also apply to their own. The market has changed dramatically since March and it’s still taking time for them to accept the here and now. Unrealistic Sellers also face risks even if they do find a Buyer to pay the number they want. Many lenders are unwilling to approve a mortgage if an overeager Buyer offered too much. The lender is going to send their appraiser and give everyone a reality check and the bank’s appraisal is going to win. It's critical to keep in mind that we're always in a balanced market when it comes to price points: If we are selling high, we're buying high as well; if we're selling for less, we're also buying for less.

And while properties are languishing on the market (average 30-35 days), some Buyers are still willing to jump into competition – especially if they think that someone else wants the property. Bidding wars are harder to create these days, but setting an asking price at just the right level is the key. It’s all good and well for a headline to read “Sold Over Asking!” - however, it’s totally all relative to the listing price which is intentionally set at lower than the property’s value. A home worth $2,000,000 with a list price of $1,600,000 is prime for multiple offers. There is absolutely no expectation that the house would ever sell for the list price. Yet… not knowing a Seller’s real motivation, there may be a welcome ‘stink bid’ lurking in the background. And a deal around the next corner.