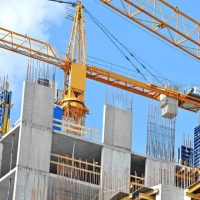 URGENT: Will You, Or Someone You Know, Leave Thousands of Dollars On The Table?

This is just one critical reason I need to represent you when you are buying a new-construction condo or home.  You don't know that you could be leaving thousands of dollars on the table, but I do.

Condo Developments  are notoriously late in notifying their purchasers of delays in closing. And most Buyers don't know they are entitled to thousands of dollars when this happens. A substantial number of GTA condo developments, which delivered late, are on the hook for millions of dollars in late closing compensation—but Purchasers, unaware that they’re entitled to up to $7,500, are leaving it on the table.

Builders provide occupancy dates (Occupancy is the date when you can 'occupy' the condo but it isn't the date you 'close and actually own it') and have 90 days to notify their Buyers of delays, and while anything short of that contravenes the Consumer Protection Act, they can delay as much as they want provided the 90-day rule is satisfied. Although most common in Toronto’s condominium market, this applies to any preconstruction development in Ontario.

“If they don’t give you 90 days, you enter into the automatic firm date. The builder can deliver the property sometime later, but you, as the consumer, are entitled to $150 a day for every day without a receipt,” said Mark Purdy, a consultant with Delayedclosing.com and a real estate investor. “Investors can take advantage of this.”

There is a catch, though: consumers must apply within one (1) year and not a day later. A builder, aware of their blunder, will delay the building’s registration until just after the 365-day expiry period. Fortunately, says Purdy, a lot of builders are just as ignorant about this as consumers, especially that they can’t miss the firm date, even if they provide 90-day notices.

Purdy says about a third of new construction properties built in Ontario every year have legitimate claims for reimbursement, but most people don’t take advantage of them and, as a result, builders dodge a lot of bullets.

“The first reason they don’t claim is they have absolutely no idea this exists, and if people do know it exists, they have already thrown out all the letters, so they no longer have all evidence and nobody bothers to tell them there’s a timeline to claim,” said Purdy. “Builders manipulate things a little bit, too. If they know they have a building full of eligible claims, they hold off registration until after the year has passed.”

Of the reasons claimants are eligible in the first place, Purdy says it’s usually because builders haven’t given 90-day notices. Another common reason is because the builder thought they had legitimately unavoidable delays only to subsequently find out they didn’t.

Purdy specializes in taking builders to task for delayed closing compensation, and claims a 98% success rate.

“We just found a building in downtown Toronto with 558 units and everyone’s entitled,” said Purdy. “The cost to the builder is just over $4.5 million if everyone applies. But if I were to go down to the building and give out flyers or something like that, only 10-20% would apply because most people just don’t believe it’s possible.”

If you, or anyone you know, is thinking of buying a pre-construction condo or home, please let me help them. They don't pay me any commission (the Builder does) and I can protect them with my expert knowledge.